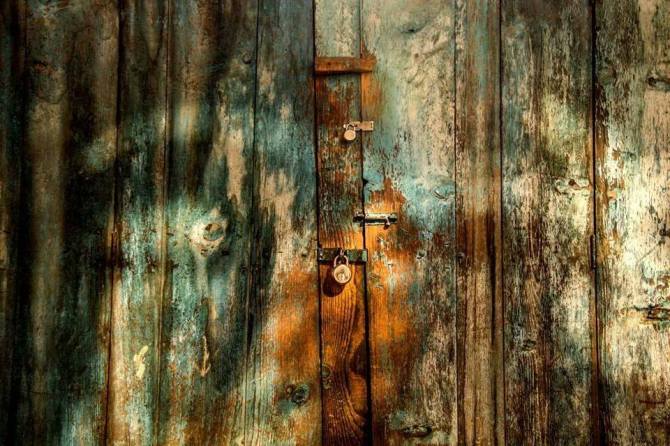 Night was unusually calm and the streets were deserted. I walked out of John and Maria’s house with the backpack heaved on my shoulder stabbing my existence.

I had little money left and the advance sum I had given to John for the room, I had booked for one month I was out in a week, wasted.

I reached the main street. To my right was the beach I could find a place to sleep and a bar I knew open till late was to my left.

“Aunty’s bar”. Locals called her aunty and she preferred her anonymity. She was sitting behind the bar counter, waving off the smoke clouds hovering in the bar with a hand fan.

She had a stern face and her acknowledgment to regular customers was a laden blink, courtesies done away with, she never implied service charges.

She looked at me and my backpack.

“You checked out John’s place?”

“Yeah” I let the backpack ease on the floor.

“Just like that” I affirmed. “I need a drink”

She couldn’t resist her smirk as she fetched a quarter and empty glass in front of me.

I moved to the corner table on the outside dimly light, away from the noise. Her eyes were on me but the smirk was gone.

Aunty was quite popular and her story did the rounds in many bars of Goa. Her husband, a fisherman vanished with another woman in his boat to a coastal village down south. Aunty raised her only daughter, running this bar she had rented way back, later she paid off to buy in her name, no one knew. Twenty years by herself and a house to run, standing for hours in the bar had swelled her legs. Now she sits behind the counter and hand massages her legs while the local boys run orders for her. Aunty made sure she only hired boys who lived off their salaries on booze, they drank at aunty’s and she kept a close tab.

I saw Anthony get down from his car parked in the dark of the alley. His German wife had his house and a pending divorce case against Anthony kept him from entering his own place.

I met him at the bar, three days back. That’s when he told me his story and gave me a repeat of aunty’s legend. The regulars in the bar had harped on her life to justify their own, and so it came in a package, every time.

“Hey man” Anthony yawned, scratching his chest “I just woke up, man. Damn night I had yesterday. Fucking Russians, all they do is snot and when they get busted, they call me”

He grabbed my drink and busted it.

“Aunty, send me a glass” His hand now scratching his back, eyes on me and the quarter.

“Leave him alone, you mother fucker” That was her.

Anthony scratched his nape to cool off “Alright, give me half. I promise, I’ll do six hours tomorrow”

“Fuck off” came her reply.

He waited for a while, for her, for someone, for a drink.

Anthony’s hand slipped into his pocket. He pulled out a few notes and dropped it.

“Hey Aunty, look what I found, 300 bucks” He picked them back and waved at everyone inside the bar with a big grin on his face.

Her voice hit my head. Aunty was standing right behind with a half whiskey and a glass. She grabbed the money and left.

Anthony poured himself and me a drink.

“So these Russians, they got busted by the cops. They didn’t have stuff on them but they were smoked up. Three in the morning, I made it to the station. I told the cops, lay off. Fucking corrupt cops, all they want is your fucking money; all is that everyone wants is your damn money. My fucking wife took away all my money, my house. Fucking lawyer says give me money; I will bribe the judge so you can have some of your own fucking money”

He finished his glass and made another large.

Just then a drunk from the bar stepped out, relentlessly howling and abusing on the phone but obvious to his girl and he had our sympathy. His friends came out and stood there helpless and the guy on phone was pleading his girl to meet, to come back to him but she didn’t budge and he in rage, banged his head on the wall and he told his girl, he banged his head on the wall. She disconnected. Dammit.

He was sobbing, one hand brushing his tears away, and the other pressing redial as he walked back and forth but she didn’t answer.

Then he walked away. We watched him go.

It was closing time. Aunty joined us for a drink, we had in solemn silence. She later made her way back home and I got in Anthony’s car and we rolled off.

We reached outside Anthony’s house and he kept looking at the lit bedroom. Reek of sweat, booze and death in the car was making me dizzy. I stepped out and puked.

I cleaned my mouth with the remaining whisky in the glass.

“You want another?” Anthony asked

“I will make you one, meantime why don’t you try hit the fucking window glass down?”

Glass cracked just like a piece of wafer in TV commercials and Anthony’s wife came rushing to the window.

“You fucking asshole! Anthony, I am going to finish you…”

Anthony looked at me in earnest undeterred by the abuses his wife was hurling at him.

“You know what man. I’ve been trying to break that window glass for the last 3 months and you did it in the first try”

“Thanks Anthony, I guess I needed it”

We drove for a while, emptied the bottle. We slept off in the car. The reek got me again in my sleep. I stepped out and puked. Anthony woke up hearing me groan. He saw me from the corner of his eye and smiled.

We had a lot of sleep to catch up.

The contents of my site are so explicitly stated otherwise, under a Creative Commons License . (Attribution, non-commercial use, distribution, under the same conditions) and a humble request : No Awards Please
Loading Comments...